Wearing of the Veil Traditions Throughout History

By DjangoOctober 1, 2021No Comments11 Mins Read 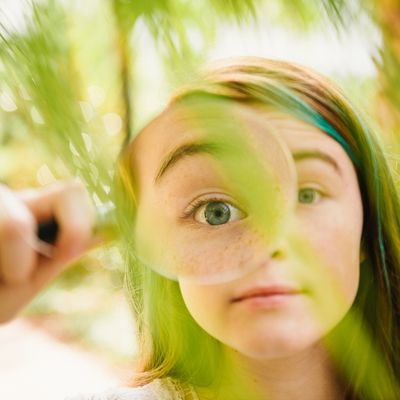 There is perhaps no piece of clothing in history that has caused more controversy than the veil. Currently, protests to raise awareness of the tragic death of Mahsa Amini, a lady who died after being arrested by Iran’s morality police for allegedly breaking hijab laws. Meanwhile, in India, female Muslim students are suing the Indian government in order to secure being able to wear the veil to class. So while in some ways a veil can be seen as a symbol of oppression, others see it as a symbol of freedom of choice.

While the veil today is most commonly associated with Islam, this has not always been the case. The wearing of veils pre-dates Islam by quite some time. Early evidence of the wearing of the face veil can be found in ancient Europe. Furthermore, the veil is not unique to just one religion, it was once commonplace in several belief systems.

The Origins of the Veil in Ancient Assyria

The earliest source we have that refers to the wearing of the veil is a Middle  Assyrian law code that dates back to somewhere between 1400-1100 BC. These laws went into strict detail as to who was allowed to wear the veil and who could not.

The laws depended on a woman’s social class, rank, and occupation. Slaves and  prostitutes, for example, were banned from wearing any kind of veil and faced stiff punishments if they did. Any prostitute found to be wearing a veil faced fifty blows from a rod and would then have hot pitch poured over her head.

Any man who failed to report a woman without a veil faced fifty blows from the rod and would be enslaved for one month. Female slaves had it even worse. Any enslaved woman found wearing a veil was dragged to the palace entrance, and would then have her ears cut off.

In Assyria, the wearing of the veil was not just a sign of social class, but was used to differentiate between women who were deemed respectable and those who were seen as ‘available’. To wear a veil when you did not meet the requirements was to spit in the face of the social hierarchy.

The Veil in Ancient Greece

References to the wearing of the veil can be found throughout Greek history. The earliest recorded reference to the veil is in  Mycenaean Greek and dates back to around 1300 BC. The Greek approach was similar to that of the Assyrians, but without the strict laws.

Between 550 BC and 323 BC, it was customary for respectable women in Greece to dress conservatively. They were expected to seclude themselves and wear clothing that protected them from the lecherous gaze of strange men. Part of this conservative dress was the veil.

If we look at Classical Greek and  Hellenistic Greek statues , it is not unusual for them to depict Greek women as being veiled. This physical evidence, combined with some literary evidence, has led some modern historians to conclude that the wearing of the veil was relatively common in ancient Greece.

Much like in the case of the Assyrians, it is likely that the wearing of the veil was associated with ideas of respectability and social class. As such, we can conclude that it was only higher-class women who wore the veil.

Veils in the Roman Empire

For example, in 166 BC, a consul, a very high-level magistrate, named Sulpicius Gallus went as far as divorcing his wife because she had left the family home without her veil. He stated that her actions meant that she had allowed all the world to see what only he was meant to see.

Generally speaking, there were no expectations when it came to unmarried girls and the wearing of the veil. Presumably, wearing a veil would make it more difficult to find a husband. The only exceptions to this were matrons, who wore the veil to show off their  modesty and chastity (their pudicitia). There was also a superstitious element to wearing a veil. Some believed the wearing of a veil could protect women from the ‘ evil eye ’, a superstition of bad luck sent involuntarily by others.

The veil was also a big part of  Roman weddings . Traditionally, the bride wore a veil that was deep yellow in color. The color was meant to be reminiscent of a candle flame and was called a  flammeum.

As the European empires expanded ever outwards, they took the veil with them. As populations became increasingly intermixed, the cultural practices of the Greek, Persian, Roman, and Mesopotamian Empires, and Semitic peoples of the Middle East, all converged.

The wearing of the veil was an important part of early Christendom, as it found support in both the Bible and the  Church Fathers  (influential early Christian theologians). It is likely their beliefs in regard to the veil were shaped by the above-mentioned Greek and Roman traditions. As Christianity spread, it took veil-wearing with it.

Veils in the Medieval Period

Today, many Europeans tend to see the wearing of the veil as something distinctly ‘other’, as a symbol of a foreign religion and the East. Yet this hasn’t always been the case. The wearing of the veil in medieval Europe was not only widespread, but expected. For much of the medieval era, no respectable European woman would have dreamed of leaving home without her veil.

Much of medieval Europe was fundamentally Christian. Christian scripture made repeated references to women wearing the veil. For example, the letter of  Paul of Tarsus  stated that women should cover their hair while praying. The Church Fathers also taught that women’s hair was sexually potent. As such, only their husbands should be allowed to see it.

Variety of headdresses and veils; detail from Philosophy Presenting the Seven Liberal Arts to Boethius, a Coëtivy Master, circa 1460.  ( Public Domain )

Most medieval women wore a simple veil made of cloth. As time progressed, it was more common for European women to veil their hair rather than their faces. Ironically, even though the veil was associated with modesty, wearing a veil became a way to show off one’s wealth and superior status.

Veils became not just a statement of a woman’s morality but a fashion statement. Between the 10th and 14th centuries AD, the wimple (a head-chin-neck covering) was popular, as were kerchiefs and headscarves. These morphed into the more extravagant headdresses we often associate with “fairytale princesses’ ‘- a tall conical headdress with a face veil attached.

The veil even made its way into medieval scientific literature. The  Wellcome Apocalypse  is a 15th-century collection of works that originated in Germany. It consists of a number of texts written in German and Latin which cover science, morals, and theological arguments. It also includes some medical diagrams.

These diagrams are quite graphic in nature. The “Disease Woman,” for example, shows a diagram of a pregnant woman, arms and legs splayed. The woman is nude and has been cut open, leaving quite literally everything exposed. The strange part? The woman in the diagram is depicted as wearing a headdress that covers her hair neck and ears. Despite being dissected, the woman’s visual honor is left intact.

As Europe left the medieval period behind and headed into the Renaissance, these views began to change. What had once been seen as a symbol of piety became associated with religious zealotry. For example, during the  French Revolution , many nuns were the victims of both physical and verbal assaults. Their veils were no longer associated with modesty but were a symbol of a hated regime that had close ties to the church.

The Rise of the Veil in Islam

It is evident that early Muslims copied the wearing of the veil from their Christian neighbors. Historically speaking, Islam, Judaism, and Christianity all come from the same monotheistic tree. As such, Islam’s origins in the 7th century AD are tied to the other two older religions.

All three religions’ religious texts make references to the idea that both men and women must dress modestly. In particular, women should dress modestly to avoid unwanted attention from men. The Islamic idea that hair has sexual potency also comes from Christianity.

The spread of the veil within Islam is traceable to the early Muslim conquests. Literature from Christian Byzantium makes it clear that women within the empire were expected to wear the veil. During the early Muslim conquests of 622- 720 AD, Byzantium saw large territory losses. It seems the Muslim invaders, whose religion had similar teachings on modesty as Christianity, saw the Byzantine women’s wearing of the veil and decided it was an appropriate expression of Qur’anic ideals.

Gradually, the wearing of the veil began to spread to upper-class Arab women. It then filtered down to the lower classes, it was soon widespread in major cities across the Middle East. It was, however, not enforced.

Wearing a veil or head-covering was once an optional, fashionable accessory for upper-class Muslim women. (Pavel Danilyuk /  Public Domain )

The wearing of the veil continued to grow in predominantly Muslim countries as it declined in others. The upper-class Arab Muslim and Christian women of 19th century Egypt wore a garment that combined a burqa (a cloth that covers the lower nose and mouth) with a head cover.

The veil’s current controversial status largely stems from events that happened during the 20th century. A rise in religious conservatism in certain parts of the world saw the once optional garment become mandatory. Today, contrary to popular opinion, only two countries legally enforce the wearing of a veil: Iran and Afghanistan. Far more countries ban it (sixteen) than enforce it.

Today, the face veil is closely associated with Islam. Yet as the historical record shows the wearing of veils predates the founding of Islam by at least a thousand years. It was the ancient European empires and civilizations that initially popularized the wearing of veils.

Furthermore, wearing the veil was widespread in both medieval Europe and the Middle East. Rather than being something uniquely Muslim, the veil is actually European in origin. Rather than a symbol of the ‘other’, it is the result of cultural intermingling. This a sign that even hundreds of years ago people of different beliefs could (at times) coexist and learn from each other’s cultures.

In a world where the veil has become increasingly controversial, and where all too often prejudice runs rampant, it is more important than ever to remember the veil’s shared heritage and European origins.

Top Image: A woman wearing a veil, a tradition which has taken many different fomes throughout time and place.          Source:  eugenepartyzan / Adobe Stock